I have been on a quest for an excellent Mini-ITX server motherboard that supports ECC memory for months. I contacted SuperMicro, my typical favorite manufacturer of server boards, but they said they have no plans for an LGA1155 (also known as Socket H2) Mini-ITX motherboard and are instead concentrating on their next generation motherboards. That was a disappointment but I kept looking. Last night, I finally discovered what I have been looking for.

The desire for ECC memory is driven by the desire for increased reliability and protection against data corruption. The majority of server systems, especially those utilized for virtualization using products like VMware ESXi, use ECC memory. If you want to know more about ECC memory, Wikipedia has a useful article about it.

Over the years, I have built quite a few different server and desktop systems and two motherboard manufacturers have consistently been my favorites: Intel and SuperMicro. I have used boards from other companies including Abit, Asus, Gigabyte, and others. I have kept coming back to my favorites because their boards consistently work perfectly for my applications and have the components I especially need such as Intel Gigabit Ethernet controllers. 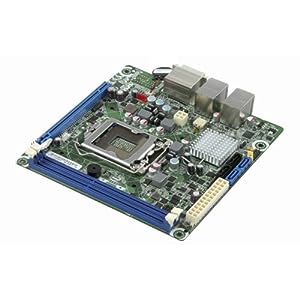 It was with great surprise and excitement last night that I discovered that Intel actually makes a Mini-ITX server board with ECC memory support. This board has the title of Intel Server Board S1200KP. The KP at the end makes me think of kernel panic right away but if it meets my needs, it can be named anything.

You can also view the board specs from Intel’s ark site or the S1200KP product brief which has even more information. The board is based on one of Intel’s three server/workstation Cougar Points chipsets. While most server boards use the C202 or C204 chipset, the S1200KP uses the more workstation-oriented C206 chipset. The only other major C206 chipset board I am aware of (there probably are others) is the Asus P8B WS which is a full size ATX board targeted at workstation power users. 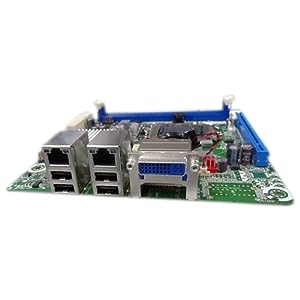 The SuperMicro boards utilizing the C202 or C204 chipsets (X9SCL, X9SCM, and X9SCA among others) all have onboard video chips from Matrox or Nuvotron since neither the C202 or C204 chipsets support onboard graphics. The Asus P8B WS as well as the Intel S1200KP do not have any type of onboard video chips but instead support the processor’s integrated graphics. While not a big issue, this is a limitation for a Mini-ITX system. Rather than supporting all of the Xeon E3 processors, this board needs a Core i3 or a Xeon E3 12x5 series processor with integrated graphics. I can only guess that the C206 chipset was chosen because it does support integrated graphics and the space limitations of a Mini-ITX board make it more difficult to include a separate graphics chip.

In another departure from typical server boards, the S1200KP has a single DVI-I port unlike most server boards which have a single D-Sub (VGA) output. Fortunately, since it is a DVI-I port, it supports DVI output or D-Sub output with the appropriate DVI to D-Sub adapter. In addition, you can also install a PCI Express x16 graphics card in its lone PCIe slot but that seems unlikely for a server. 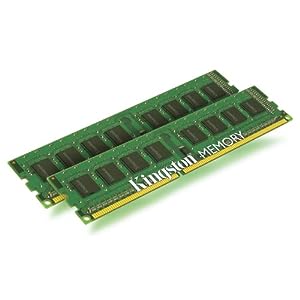 Another major feature of the S1200KP that I was hoping for in a Mini-ITX server board is dual Intel Gigabit Ethernet controllers. Like most other Sandy Bridge motherboards with dual Gigabit Ethernet controllers, one is an Intel 82574L, which is easily supported in just about any operating system from the last few years including VMware ESXi 5, and the other is an Intel 82579, which is not always supported although drivers can be installed for most operating systems including ESXi 5.

The S1200KP features two SATA 6Gb/s ports and two SATA 3Gb/s ports. I was hoping for the full complement of two SATA 6Gb/s and four SATA 3Gb/s ports available in the chipset, possibly in the form of two eSATA 3Gb/s ports, but unfortunately this is not the case. Also lacking from this board are any USB 3.0 ports. The omission of USB 3.0 is not much of a big deal in a server system, especially as compared to the lack of any eSATA ports. Four USB 2.0 ports are available on the back panel and two more are accessible via header.

Curiously missing from the information page is any mention of Intel’s VT-x or VT-d virtualization technologies. I am certain this is simply an incidental omission since it is assumed that any recent server product from Intel supports both of these technologies due to Intel’s strong push into the virtualization market. To my knowledge, no product from Intel that is designed to use a Xeon E3 chip lacks VT-x or VT-d.

Update: I have written an additional post on this issue because, unfortunately, the S1200KP does not support VT-d.

My primary motivation for finding a Mini-ITX server board that supports ECC is for file server usage. The ZFS filesystem in particular benefits from, and strongly recommends, using ECC memory. I have been wanting to put together a compact Mini-ITX file server based around the Fractal Design Array R2 Mini-ITX case.

The Array R2 case features a very nicely designed cage for six 3.5-inch hard drives plus a nice slot for a 2.5-inch SSD. The included 300W power supply is more than enough to power a board, processor, six 3.5-inch hard drives, and an SSD. The S1200KP fits perfectly in terms of form factor, ECC memory support, excellent processor options, and dual Intel Gigabit Ethernet controllers but lacks in terms of SATA ports.

Actually, no motherboard I have found on the market in the Mini-ITX form factor supports more than six SATA ports anyway. Other boards I have considered have a RTL8111E network controller which is notorious for being slow and prone to problems. In that case, I would need an additional SATA controller and a PCIe Ethernet controller. Unfortunately, that configuration would be impossible because Mini-ITX boards only seem to have a single PCIe slot.

The S1200KP, on the other hand, meets every single point perfectly except for SATA ports and also supports ECC memory which no other Mini-ITX board I have found supports at all. The simple solution is to add some sort of PCIe SATA controller that provides four SATA ports. That would allow six hard drives to be connected using the two SATA 3Gb/s ports on the motherboard and then utilize four ports from a PCIe SATA controller. The remaining two SATA 6Gb/s ports could be utilized for an SSD and to provide a spare that could theoretically be wired to a slot adapter to provide a single eSATA port.

I am also working on another creative use of the S1200KP that I will be covering in a future blog post. In fact, this exceptionally useful little board may find its way into many more of my future plans. I am very glad that Intel stepped up to the plate and provided a nicely specced Mini-ITX server board.

Remember, if you are purchasing this board, you must purchase a processor with integrated graphics. Any of the Intel Core i3 processors or any of the Xeon E3 12x5 processors will work perfectly. Avoid any Xeon E3 12x0 processors unless you are planning to add a PCIe graphics card.

Update: There is now another post detailing a full system build with these components.