A friend of mine introduced me to Minecraft about a year ago. It’s a very interesting and creative game. It’s a fun activity with our oldest son since you can build all sorts of amazing structures in the game. Most everyone I’ve played with likes the creative mode which is all about building and does not involve any monsters. In any case, if you are not familiar with the game, you can find out all about it at Minecraft.net.

While you can certainly play Minecraft on your own system and have lots of fun, the most fun is where you can work together with others on a multiplayer server. This post details some recommended hardware configurations for that purpose.

Unless you’re getting into extremely complex and very large server systems with many additional processes in addition to the basic java Minecraft server process, there is little advantage to a quad-core processor. The Minecraft server in its present form can only utilize a single core so it is better to have a faster dual-core processor than a slower quad-core. Since Intel’s Sandy Bridge processors include integrated graphics for the most part, we have to choose between HD 2000 or HD 3000 Graphics. Since this system will be a server, there is really no value in going with HD 3000 Graphics. Minecraft does not heavily tax graphics and the server is command-line only.

The best value for a Sandy Bridge Intel Core i3 right now is the Intel Core i3 2120. It is a 3.3GHz dual-core processor with Hyper Threading (HT) but, like all Core i3’s, lacks Turbo Boost. It also includes HD 2000 Graphics. Right now, it is available for $115 from Amazon.com which is an amazingly good deal.

If you really want to go low budget on the server, you could also go for the Intel Pentium G630 which is a very good deal at $69. The G630 is a 2.7GHz dual-core processor without either Hyper Threading or Turbo Boost. It also has Intel HD Graphics which is slower than HD 2000 Graphics but makes little difference for this application.

The key thing for a Minecraft server is memory. The more memory, the more players you can handle and also the larger maps you can support. You also have options like ramdisks to speed up the whole experience. At this point and with current prices, I certainly would not go with anything less than 8GB of memory.

I have personally used Kingston HyperX Blu 1333MHz DDR3, Corsair XMS3 1600MHz DDR3, and Corsair Vengeance 1600MHz DDR3 memory. All three are excellent products. I actually picked the Corsair memory because I wanted 2x8GB kits which Kingston did not offer for their HyperX Blu product line. 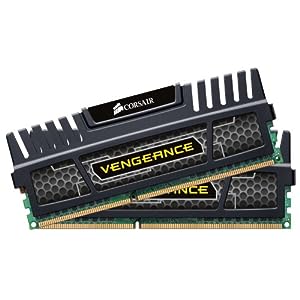 For this type of task, there is no advantage to the Corsair Vengeance memory with its large heatsink. It’s great memory and I use 32GB (4x8GB) of it every single day in my main workstation. The tall heatsink can cause interference with some CPU coolers and compact case configurations. Once again, these likely won’t affect us in this build.

My recommendation would be to go with either the 2x4GB kit of Corsair XMS3 1333MHz DDR3 memory or, preferably, the 2x8GB kit of Corsair XMS3 1600MHz DDR3 memory. The advantage in the 2x8GB kit is that 8GB is the largest single memory module that any of the current Intel hardware platforms support. If you decided to add another 8GB (2x4GB) or another 16GB (2x8GB) you would not be limited by your current chips. In addition, if you use a board with only two memory slots (such as a Mini-ITX board), you will be maxing out your slots. 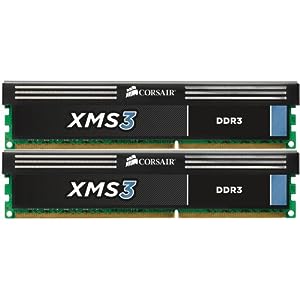 Essentially, the best value is going to be either a Mini-ITX board or a Micro ATX board. Since this will be a server, there is little value in a larger case and motherboard. Most of the Sandy Bridge motherboards on the market these days use a Realtek RTL8111E Gigabit Ethernet controller. For several reasons revolving around performance and stability, I strongly recommend against any board with a RTL8111E (or similar) controller. 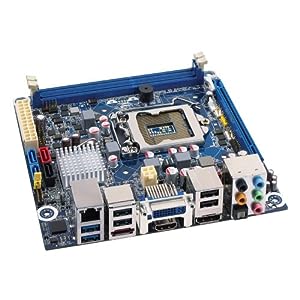 The DH67CF is based on the H67 Express chipset and supports up to 16GB of memory. It also has Intel 82579V Gigabit Ethernet. The rest of the features are not that important for our purposes except for it does have both SATA 6Gb/s (two) and SATA 3Gb/s ports (two).

The budget alternative board in the Mini-ITX form factor would be the Intel DH61DL Mini-ITX board. 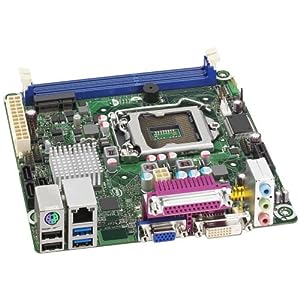 The DH61DL is based on the H61 Express chipset which lacks SATA 6Gb/s. It does feature the same Intel 82579V Gigabit Ethernet controller. It also supports the same 16GB of memory. Although not relevant for our purposes, the DH61DL does not support a PCIe x16 card like the DH67CF but instead only a PCIe x1 card.

The reason I am particularly interested in a Mini-ITX form factor board for a Minecraft server is because of a superb little case that fits this purpose. The case is the Antec ISK110-VESA. When I first thought about switching to a Mini-ITX workstation, this was the case I tested. I have a few unboxing photos on Flickr. The only caveat in my initial evaluation of the case is that it has an external 90-watt power supply which is just a tiny bit underpowered for a 95-watt TDP processor like I use for my desktop. The nice thing is that any of the Intel Core i3 or Pentium G600 series processors are 65-watt TDP processors or less and so work perfectly in this case.

The one other thing to be aware of with this case is that you need a low profile CPU cooler. Two good options exist that I know of. The first, which I currently own, is the SilverStone NT07-1156 which is a low profile CPU cooler that is only 37mm tall but still features a 90mm fan. It also has a switch to go from silent to performance mode. It’s a great cooler and is even better because it mounts in the same way as the stock cooler so you don’t have to deal with complicated CPU cooler installation. 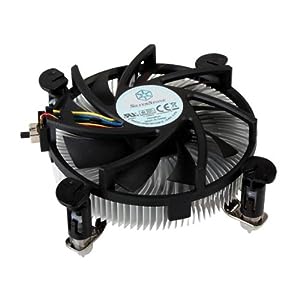 The second option is the Thermaltake Slim X3 CPU cooler. It is 36mm high but requires more complex motherboard mounting. It seems to be a good option and one I might purchase in the future but so far the SilverStone is definitely the easier one to install. 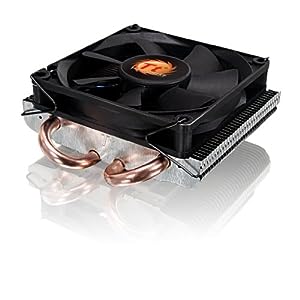 The biggest reason to go with a Micro ATX board instead of a Mini-ITX board would be to go to 32GB of memory or if you already have extra memory and want to utilize it in a system like this. My recommendation for an excellent Micro ATX board for this purpose would be the Intel DH67BL Micro ATX board. 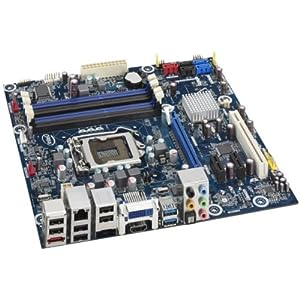 If the model number sounds familiar, it is. The Intel DH67CF Mini-ITX board mentioned above is very similar in almost every regard. The DH67BL has four memory slots and so supports 32GB of memory but still has the same Intel 82579V Gigabit Ethernet controller. SATA configuration is very similar with two SATA 6Gb/s ports and three SATA 3Gb/s ports.

There isn’t really any more reasonable budget board I would recommend since the H61 chipset boards only have two memory slots no matter what the form factor is.

Essentially any Micro ATX or ATX case would work fine but since this server may eventually land in a data center or my home rack, we’re going to look at a slightly more unusual case. The case is the iStarUSA D-213-MATX 2U Rackmount Server Chassis. 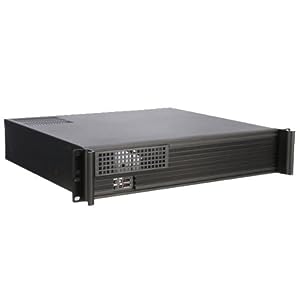 This case is good value for what it is but is not exceptionally inexpensive. Although a 1U case might be possible, special CPU coolers have to be used and sometimes the back panel ports are too tall to fit on some motherboards. To avoid these issues and be able to use a stock CPU cooler, a 2U case makes sense.

While the Mini-ITX case mentioned earlier does include a power supply, this 2U case does not and so one would need to be purchased. I have had particular success with the Antec EA-380D power supply. It works extremely well and is high quality while still reasonably priced.

As with many things these days, an SSD will likely give you the best performance. I would suggest the reliable and excellent value of a Crucial M4 64GB SSD. 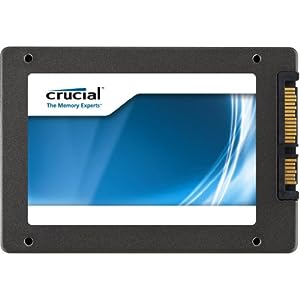 It’s certainly possible to use hard drives rather an SSD but performance will be the best with an SSD. Another alternative, and one I would consider, is to use both the SSD and an inexpensive 2.5-inch hard drive as a backup. A good choice would be the Hitachi Travelstar 320GB 7200RPM 7mm 2.5-inch hard drive.

The Antec ISK110-VESA case I mentioned above has the great feature of having space for two 2.5-inch drives or SSDs mounted underneath the motherboard.

My personal favorite build is the premium Mini-ITX configuration.

The budget Mini-ITX build still gives you an excellent system but without SATA 6Gb/s for the SSD. This won’t likely have much of an impact in real world performance but is a consideration. This build also has only 8GB of memory instead of 16GB. I would still stay with an SSD for best performance.

If you need more than 16GB of memory or anticipate needing more, the Micro ATX build may better suit you. This build is configured with the Micro ATX components as well as the SSD and hard drive.

Once you pick your build components, the next step is getting the software up and running. All of this will be running Linux and we will also be using a third party modification to the Minecraft server in order to best utilize its features. The next post about building your own Minecraft server will detail this process and how we are configuring the server.