The initial reviews of performance seem to indicate that actual performance is only a small percentage higher than Sandy Bridge and will be essentially unnoticed for most users that have a discrete graphics card. However, if you plan to use the new Intel HD 4000 Graphics included on some models of the Ivy Bridge chips, things are substantially improved. You will see as much as a sixty percent increase in performance over Sandy Bridge Intel HD 3000 Graphics. In addition, for the first time, HD 4000 Graphics supports OpenCL.

This effectively cuts into the market for very low end discrete graphics cards now that integrated graphics is becoming a more reasonable option. There is still a huge gap between Intel HD 4000 Graphics and a reasonable discrete graphics card but things are getting better. Windows users will also appreciate dramatically faster Quick Sync Video in the new processors. Unfortunately, other operating systems will not benefit from this technology. Hopefully that will change in the future.

One other interesting addition to Intel HD 4000 Graphics is the ability to drive triple monitors. Unfortunately some limitations exist and only motherboards supporting two DisplayPort outputs and one other output would allow you to use three monitors. There are some additional limitations as well but we will cover those in a future article. In short, I would not count on Intel HD 4000 Graphics for triple monitor support for now on the desktop, particularly since no motherboards I have been able to find have two DisplayPort outputs. For mobile systems, the situation will likely be different.

Unlike with Sandy Bridge at launch, Ivy Bridge integrated graphics support is very good in Ubuntu 12.04 LTS. Phoronix did a review on HD 4000 Graphics support in Ubuntu 12.04 LTS and the results were excellent. If you are buying a new system or it is time to upgrade and you do use integrated graphics in Linux, this makes a good case for upgrading.

Intel’s Ivy Bridge lineup for Core i7 models includes some changes from previous Sandy Bridge chips, especially in the area of integrated graphics. The Core i7 lineup still maintains the same 8MB of cache across the board and quad-core with Hyper Threading feature set. In Sandy Bridge, it was impossible to get some of the advanced features like VT-d with Intel HD 3000 Graphics in the same processor. This has changed with Ivy Bridge. Like Sandy Bridge, you cannot get an unlocked multiplier chip (indicated by the K suffix) with VT-d support.

All of the Core i7 Ivy Bridge models now include Intel HD 4000 Graphics so you no longer have to choose between VT-d and better integrated graphics. This is a welcome change for workstation and corporate users who take advantage of the more advanced chip features like vPro and TXT.

Another welcome change due to the 22nm die size versus Sandy Bridge’s 32nm is lower TDP. All of the mainline (not S and T variant) Sandy Bridge Core i5 and Core i7 processors had a 95-watt TDP. This has been decreased to 77-watts with Ivy Bridge. As with Sandy Bridge i5 and i7 models, lower power S and T variants are still 65-watt and 45-watt TDP respectively.

Even though TDP is lower, remember that unless you are overclocking in some instances, the advanced SpeedStep functionality of the processor will automatically throttle the speed of the processor down to a lower P-state unless more processing power is required. As with Sandy Bridge, the lowest P-state is 1.6GHz which is very power efficient. SpeedStep somewhat negates the benefits of lower TDP unless you are running at very high processor load much of the time. This also makes the S and T variants less appealing unless a maximum lower TDP is required for power supply or thermal reasons.

The top of the line Intel Core i7 3770K is very similar to the Sandy Bridge Core i7 2700K. It features the same 3.5GHz normal processor clock rate as well as the maximum of 3.9GHz Turbo Boost clock rate. Intel HD 4000 Graphics, 8MB of cache, and an unlocked multiplier round out its feature set. It only lacks Intel vPro, VT-d, and TXT. If you plan to overclock, this is the processor to get. Like the rest of the mainline Ivy Bridge Core i5 and i7 models, it features a 77-watt TDP. 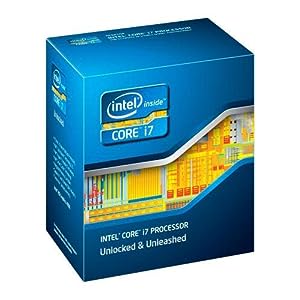 The Intel Core i7 3770 shares many of the characteristics of Sandy Bridge’s Core i7 2600. It supports all of Intel’s advanced technologies such as vPro, VT-d, and TXT while losing an unlocked multiplier. It also operates at 3.4GHz but with the same 3.9GHz maximum Turbo Boost clock rate. It also has Intel HD 4000 Graphics and 8MB of cache. Like its mainline siblings, this processor also features a 77-watt TDP. If you need the advanced chip features and will not be overlocking, this is the top processor choice. 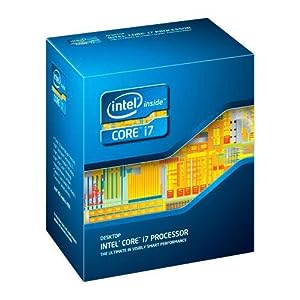 The Intel Core i7 3770S is one of the more interesting processors in my opinion. It is an S variant which indicates lower TDP. In this case it is a 65-watt TDP processor. Just like all other Ivy Bridge Core i7 processors, this one features Intel HD 4000 Graphics but also has all the features of the Core i7 3770 except for a 3.1GHz normal processor clock rate but still retains the 3.9GHz Turbo Boost clock rate. While not as big of a gap exists between a 77-watt TDP and a 65-watt TDP, it still provides some power savings. This is a good choice for a compact system that has limited available power or needs better thermal performance.

The Intel Core i7 3770T is a very interesting new chip. This chip combines the best of Ivy Bridge with Intel HD 4000 Graphics and still comes in at an impressive 45-watt TDP while still featuring a 2.5GHz normal processor clock rate and 3.7GHz Turbo Boost clock rate. All of the advanced chip features are supported just as with the Core i7 3770 and 3770S models. In my opinion, this is the most interesting Ivy Bridge chip and the one I am attempting to purchase. Unfortunately, this chip seems to be the only one that is not for sale in the normal channels. I will update the article if I can locate a source.

The Core i5 lineup for Ivy Bridge is more similar to the Sandy Bridge lineup. All but two of the Core i5 models have Intel HD 2500 Graphics as opposed to the dramatically faster Intel HD 4000 Graphics. Although these models will find their way into many systems, they are not as compelling as the Core i7 lineup. In addition, the majority of the Core i5 models will not be available until June along with the rest of the Ivy Bridge Core i3 and most of the slower mobile lineup.

As with the Core i7 models, the mainline chips all feature a 77-watt TDP and have 6MB of cache. The Core i5 models are nearly all quad-core without Hyper Threading.

The Intel Core i5 3570K can be equated to the Sandy Bridge Core i5 2500K. It has an unlocked multiplier, features Intel HD 4000 Graphics, and lacks the advanced chip features just like its Sandy Bridge counterpart. It and only one other unreleased Core i5 have Intel HD 4000 Graphics. It gains 100MHz to clock in at 3.4GHz and Turbo Boost up to 3.8GHz. It’s a good choice for a mainstream or gaming system where a quad-core processor is put to good use. It should also fare quite well for overclocking. 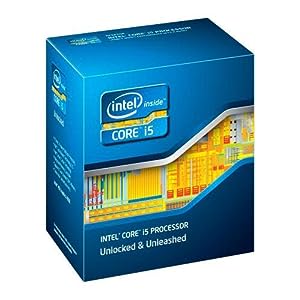 The Core i5 3550 is quite similar to the Sandy Bridge Core i5 2500. It has all the advanced chip features and even the same clock rate of 3.3GHz with Turbo Boost up to 3.7GHz. It also has the much slower Intel HD 2500 Graphics. If overclocking is not of interest and Intel HD 4000 Graphics holds no advantages (Linux with discrete graphics for example), the Core i5 3550 is an excellent chip. At its 77-watt TDP, it also has some power efficiency gains over older chips. 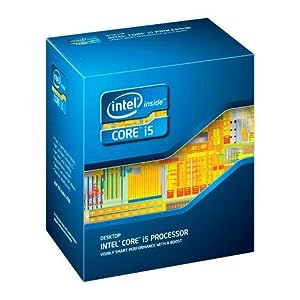 The [Core i5 3550S] is another S variants with a 65-watt TDP. It has all of the advanced chip features along with Intel HD 2500 Graphics and a standard processor clock rate of 3.0GHz. It still has the same 3.7GHz Turbo Boost clock rate as the Core i5 3550. This processor, like the Core i7 3770T, is not available through the normal channels. It will likely make its way into smaller form factor systems from the major computer manufacturers as build-to-order premium option.

The Core i5 3450 shares substantial similarities with the Sandy Bridge Core i5 2400 processor. This processor features Intel HD 2500 Graphics along with a standard processor clock rate of 3.1GHz and a Turbo Boost clock rate of 3.5GHz. It does not support Intel vPro, VT-d, or TXT but these omissions come a slightly lower cost.

Unlike desktop systems, laptops are made with much more serious design limitations. On many systems, especially ultra portables, there is no space to have separate discrete graphics and, for those systems, Intel HD 4000 Graphics is a huge benefit. I am looking forward to new models from Apple that utilize the increased performance. I also expect that Apple will be the first to utilize OpenCL substantially in the Intel HD 4000 Graphics offerings.

If you already have a high-end Sandy Bridge processor, you likely will not gain much unless you are using integrated graphics. In that case, upgrading to an Ivy Bridge processor with Intel HD 4000 Graphics will provide substantial performance benefits.

The Core i7 3770K should be on top of your list if you want the very best performance and plan to overclock. If overclocking is not appealing and advanced chip features are needed, the Core i7 3770 is the chip to have. If power constraints or thermal considerations are your primary design goals, the Core i7 3770T, when available, is an amazing chip.

I am looking forward to upgrading to one or several of the Ivy Bridge Core i7 models soon. I will write up my experience once I upgrade.